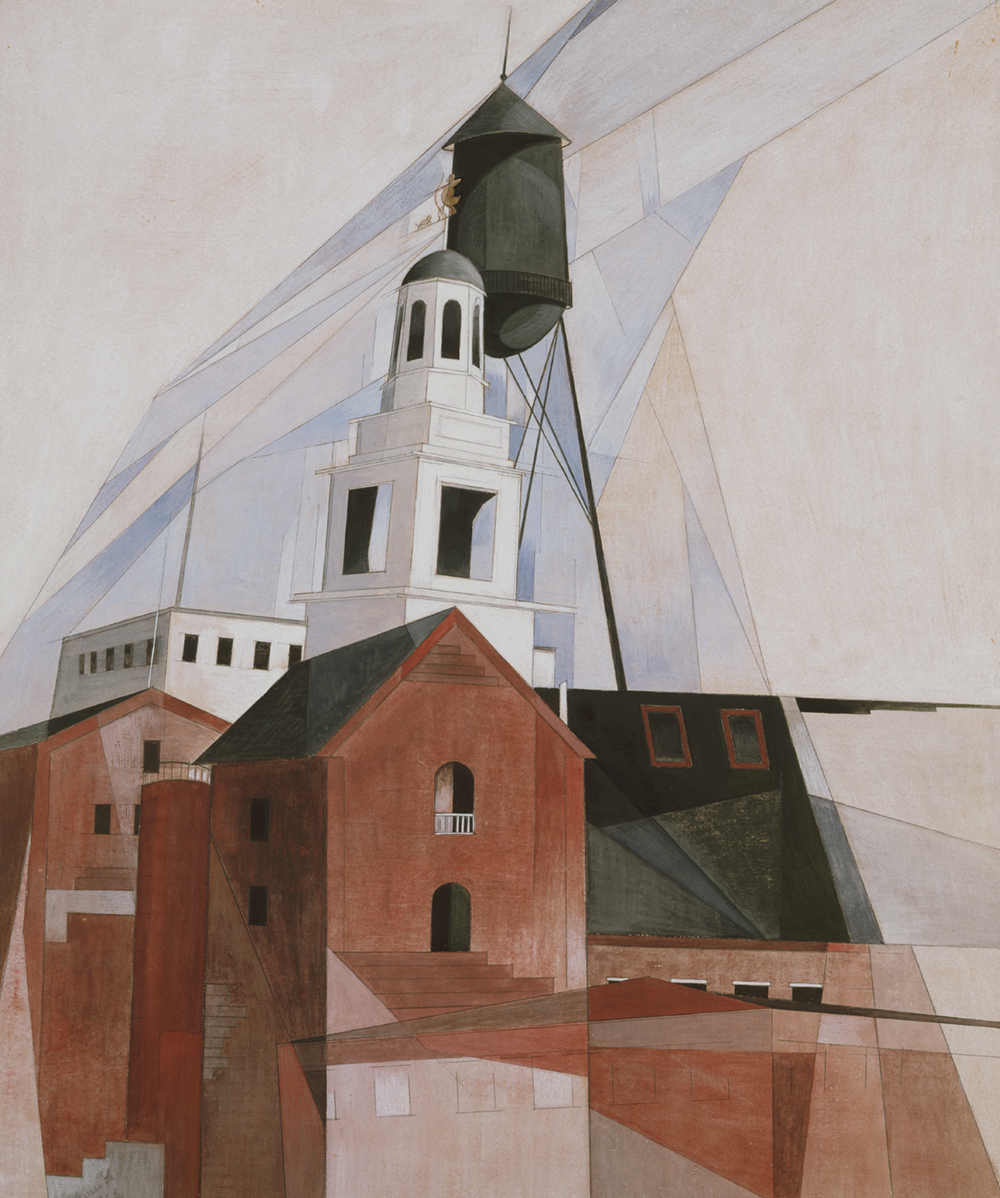 Smokestacks and Skyscrapers: Modern Moments from the 20th Century features special works on loan from the Philadelphia Museum of Art’s collection. Seven artists’ works are highlighted in the exhibition, focusing on the urban landscape of the first half of the 20th century. Artists include: George Ault, Charles Demuth, Arthur Garfield Dove, Edward L. Loper, Sr., John Marin, Charles Sheeler, and Dox Thrash.

Special to this exhibition is a “homecoming” of Charles Demuth’s Lancaster (In the Province No. 2) from 1920. This painting portrays one of the few buildings that remains standing today among Demuth’s architectural Precisionist works.

This is one in a series of American art exhibitions created through a multi-year, multi-institutional partnership formed by the Philadelphia Museum of Art as part of the Art Bridges + Terra Foundation Initiative.

Image Credit: Charles Demuth, Lancaster (In the Province No. 2), Philadelphia Museum of Art: The Louise and Walter Arensberg Collection, 1950, 1950-134-45

The City of Lancaster remains committed to fighting COVID-19. Please wear a mask indoors and outdoors when away from home, keep your distance from people who do not live in your household, wash your hands or use hand sanitizer frequently, and follow all safety protocols at each establishment you visit. For COVID-19 visitor information, go to our “Support Lanc” pages.