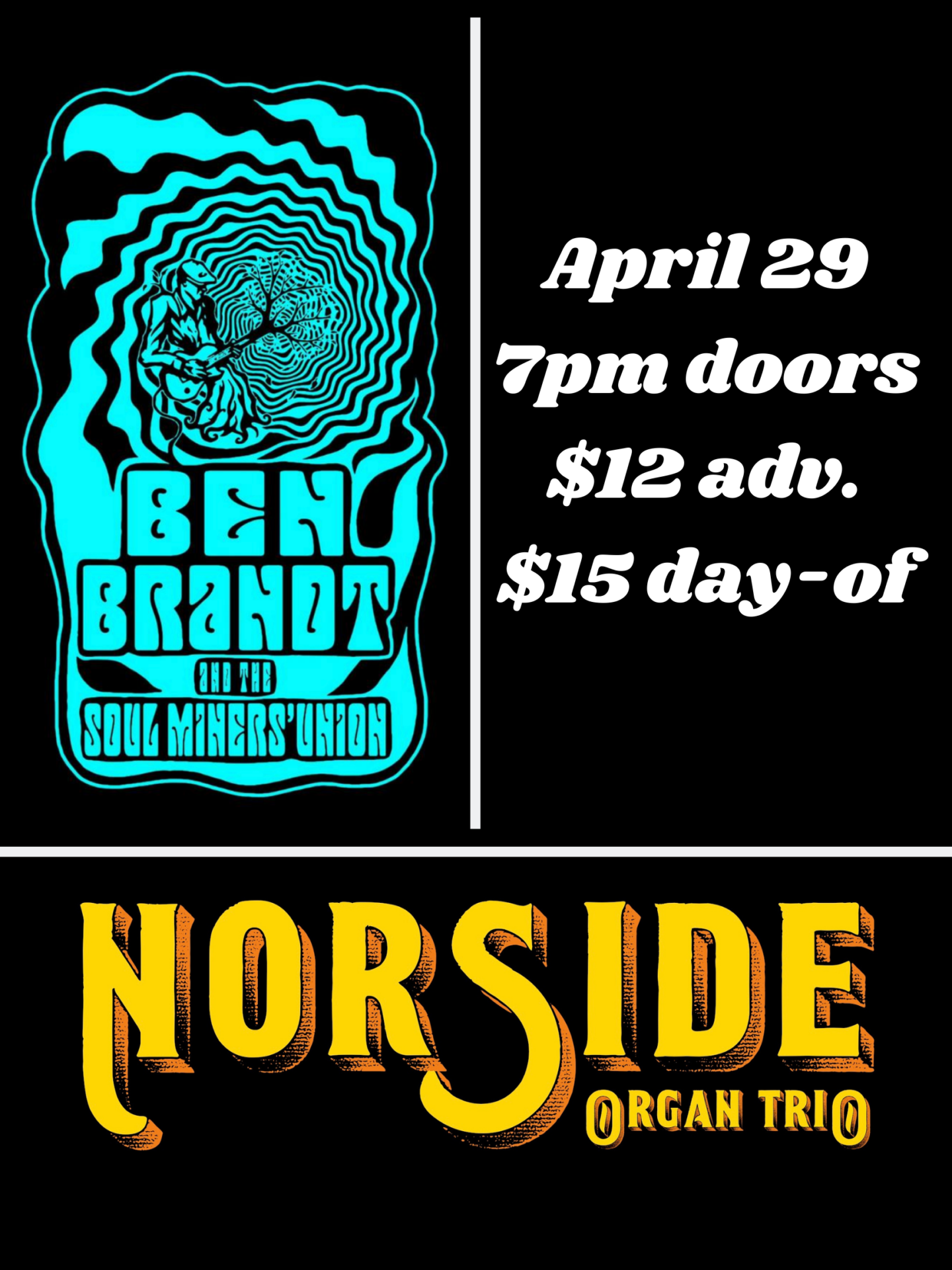 Ben Brandt & The Soul Miners Union are a hard rockin, guitar blazing, kick ass power trio setting the music
world on fire with their dynamic sound, killer tones and scorching chops. They are based in Harrisburg, PA and
perform their own original songs as well as renditions of classic rock/blues covers.

With elements of blues, jazz, funk and rock & roll, Norside is out to honor the great American tradition of the organ trio sound while forging their own creative space in the music. Guitarist Glenn Strother defines the band’s sound as “Rust Belt Funk”, a phrase that gives homage to their Western PA roots. The band has seen great success in their short time together, playing packed shows at local venues around the greater Pittsburgh region. Norside is Glenn Strother (Guitar), Skip Sanders (Hammond Organ), and Steve Ippolito (Drums)